Benefits:
• No loss of performance, even when increasing the number of subscribers per sector
• Quick deployment and relocation, easy to configure
• High reliability and throughput
• Guaranteed minimum throughput to all customers, 24/7

STV, a telecommunication company founded in Tallinn in 1991, offers a range of services such as Internet access, interactive television programs, VoIP and video surveillance to its diverse customer base. STV operates in large Estonian cities and its customers include hotel chains, the largest national shipping company, Tallink, as well as many other enterprises of all sizes.

Estonia is at the forefront of the digital revolution and has recently been named the ‘Digital Leader of Europe’. This prestigious recognition has resulted in fierce competition among the main telecomms players in the country, with operators such as Elisa, Telia and Tele2 facing constant challenges to deliver high quality and reliable connectivity to meet the ever-increasing demand for broadband services.

STV hasbased its entire business model on providing its services via a wireless infrastructure, but the increase of its customers over time, coupled with demands for higher capacity and faster connectivity, has put a serious strain on its legacy network. This resulted in the company no longer being able to deliver the high-standard it prides itself on. It was ultimately forced to seek an alternative technology platform to ensure it remains competitive and is able to continue to deliver full customer satisfaction.

After careful evaluation of various available solutions, STV selected InfiNet Wireless’ InfiLINK 2×2 Point-to-Point family of solutions to transmit all data streams between Rakvere and two other neighbouring towns. The solution, which guaranteed a throughout of up to 300 Mbps, features MIMO 2×2 technology (Multiple Input — Multiple Output), with the added benefit of a «pay as you grow» approach, allowing the company to add more services over time. STV has now deployed hundreds of InfiNet Wireless radio links and is reaching other areas and offering additional revenue-generating services such as video streaming for large events and video on demand. 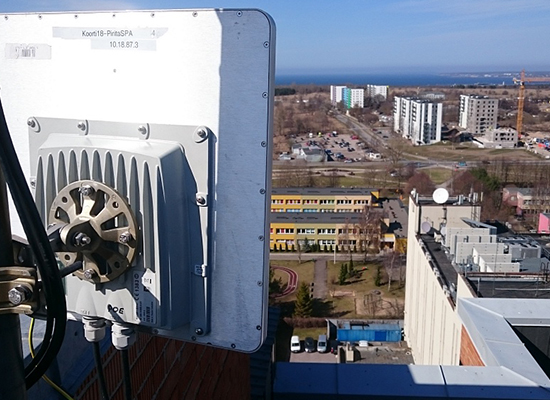 The recent World Cup in Russia presented a golden opportunity for STV to further demonstrate the capabilities of its InfiNet-based platform. On July 15th, STV organised a special broadcast of the final match between Croatia and France in the Pae park, Lasnamäe using the latest Point-to-Point technology from InfiNet to deliver live and high definition video streams. This resulted in an enjoyable sporting experience for the hundreds of football fans who gathered to watch the final game of the tournament.

Along with this one-off broadcasting setup, a number of InfiNet’s R5000-Qmxb base stations were deployed across many hotels in Estonia to keep travelling fans up to date on the progress of the World Cup. Part of InfiNet’s field-proven family of wireless Point-to-Multipoint solutions, the R5000-Qmxb has a sector capacity of up to 240 Mpbs and offers the latest in beam-steering technology used for mitigating radio interference when operating in unlicensed frequency bands. STV was able to deliver highly reliable broadband connectivity to its customers wherever they were located. The easy installation of InfiNet’s solutions were also a key benefit for STV, enabling it to successfully compete with other service providers and to further extend its geographic reach in Estonia. The company is now gradually replacing the old and outdated infrastructure with InfiNet Wireless’ latest solutions, as it looks to further embrace the digital revolution and stay at the forefront of innovation.

«Today, we are using InfiNet’s solutions to deliver a reliable video streaming service that will cover large events, like the recent World Cup, allowing us to avoid interruptions and disruptions that cause headaches to viewers and operators alike. Due to the reliability of the InfiNet solutions, we can now enter into Service Level Agreements with hotels and deliver multicast television programmes,» said Alexey Belkin, chief network administrator at STV. «Throughout the process of deploying the InfiNet solutions, we were also extremely satisfied with the added benefits it brought to our business, including a stable connection with high spectral efficiency which allowed us to transmit more data in a smaller radio channel, and its ease of deployment and configuration. We can now deliver speeds of up to 20 Mbps which is a major increase compared to what we were getting before.» 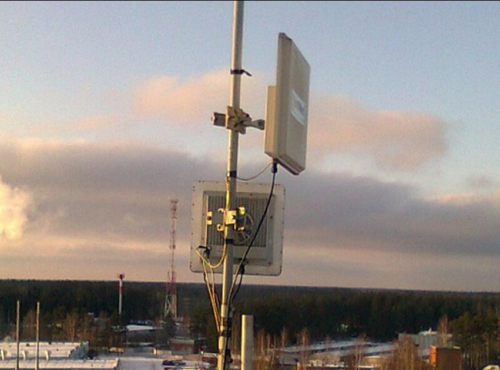 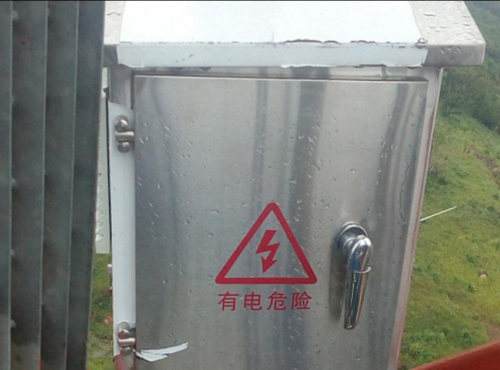